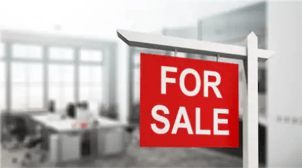 in selling off parts of the company which reached its large size mostly through acquisitions. XPO Logistics has stated that their goal is to focus on growing revenue with US LTL Services.

Outcome: There is no proposed timetable for XPO to begin ramping up their LTL arm. However, with most saying 2020 will have no shortage of dry van space, if XPO increases capacity – this can only help reduce prices across the market further.

News: IMO 2020 – everyone has heard about it. It is finally in effect – the purpose of the new regulation is aimed at cutting sulphur oxide emissions. There are two main ways ships can meet the reduced sulphur oxide regulations: 1) Install “scrubbers” which are essentially an exhaust cleaning system; 2) Switch from bunker fuel to a cleaner, low sulphur diesel fuel.

Outcome: There was an initial spike in compliant fuel, but the price levelled out by mid-January. While there were many large ocean freight companies fighting the regulation and asking for it to be postponed, iterating the costs to comply would disrupt the entire market and bankrupt them, there is little evidence of that coming to fruition 2 months into the new regulations. There is no reason at this time to assume there will be a shortage of compliant fuel, however the new fuel is more costly overall and ocean liners are planning to pass those expenses onto shippers. Maersk has already increased their Fuel Surcharge rates to go into effect March 1, 2020. Others are saying they will follow suit but have not announced the rate amount or when they plan to implement a higher fuel surcharge. 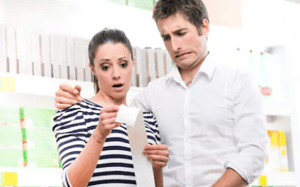 Outcome: The $24 fee you will see on 50lbs and up packages is just the immediate effect. All eyes are on the next fee that will crop up as the two small pack juggernauts continue to fine-tune their fees to match the costs associated with ballooning e-commerce demands.

News: North American Rail volumes plummeted entering 2020. According to the Association of American 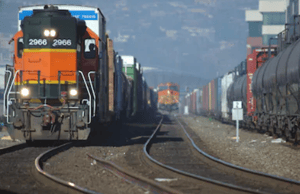 Railroads as many as 43% of rail cars are parked at any one time as Railroads attempting to cut costs are undertaking new efficiency efforts and using fewer trains.

Outcome: Rail costs have more or less bottomed out for commodities and are about as low as possible for cargo. While capacity is wide open and prices are low, this is more of a return to the market we saw before the capacity crunch of 2018. Intermodal typically only experiences large gains when LTL and Truckload reach negative capacity and peak prices.

There has been much talk of Supply Chain disruptions because of the Coronavirus outbreak in China. However, no transportation mode has been affected like Air Freight. Approximately 70 airlines have 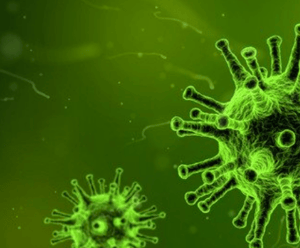 canceled international flights to parts of China, and another 50 reduced operations, overall there has been about an 80% reduction in air freight capacity by international carriers. Air freight capacity for Chinese carriers has diminished by 40%. In only 5 weeks China went from 3rd highest inbound/outbound flights to 25th. The vast majority of Air Freight entering China is carrying much needed medical supplies, but the factories are not producing the levels of items for outbound freight they were just a month ago. This is leading to higher prices across the board as planes have to fly into China and sit until they can book cargo to fly out of China or they have to fly empty to the next available shipment.

The numbers for the 2019 Q4 are in and they illustrate what was already no secret – it was a terrible quarter for Truckload earnings. A year of weak rates and excess capacity culminated into a dismal year overall. Many carriers went into bankruptcy but not enough to significantly move the needle on capacity. Enter January & February – the middle of the winter rut when demand is historically at its lowest and carriers cannot wait for some new signs of life in their industry.

Some Experts Believe There is a Capacity Crunch Right Around the Corner. A capacity crunch happening soon is against the current wave of thought, however we aren’t dealing with an industry that has a lot of moments in perfect harmony. There seems to be Excess Capacity or No Capacity – that is the new trend. Peaks and valleys have replaced rolling hills.

Keep in mind produce season hits full swing in May. If the coronavirus is tamped down by the end of March, factories in China are going to ramp up production to make up for what was lost while the flu-like disease ravaged the country. This extreme increase in output will begin hitting the US ports by mid-April, beginning of May. Finally, the new housing construction season begins in March and April as well. While the rest of the economy continues to grow at a slow, but steady pace - produce season, ports full of Chinese goods, and the housing construction season will all hit within a few weeks of each other. Keep in mind there is still a driver shortage. The truckload market can’t respond to large upswings in demand very well which leaves them to push prices up and up. 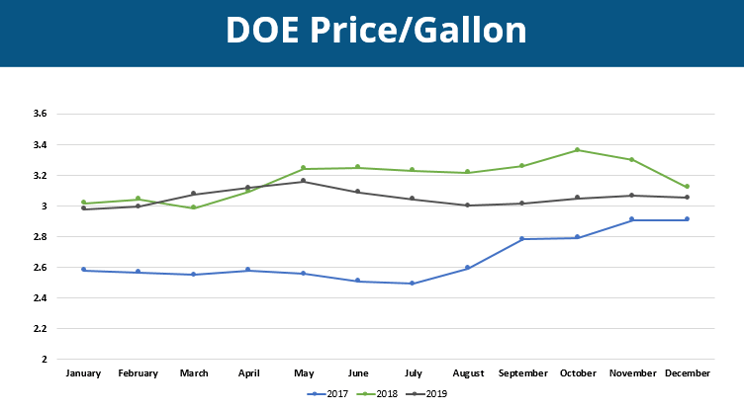 DOE Price/Gallon: This is the national average for diesel fuel prices across the United States. There is no reason to believe in a large fluctuation in this price in the near future. 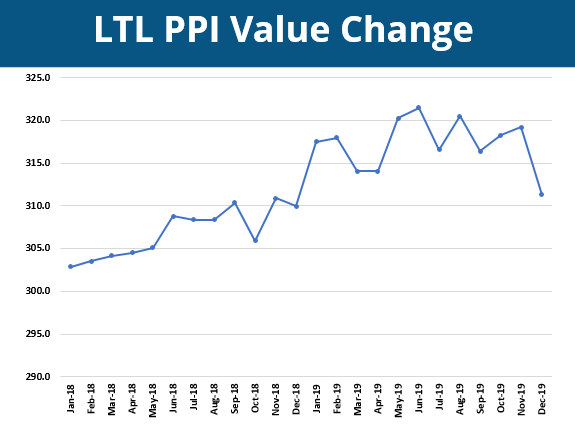 LTL PPI Value Change Graph: The Producer Price Index measures trends in pricing from the perspective of sellers not buyers. It is the culmination of thousands of data points compiled by the Bureau of Labor Statistics. There is no reason to believe the current trend will change in the near future.