Various drivers’ organizations, including the Teamsters Union are against the proposed the changes. Those against the changes believe they will allow drivers to spend too many hours on the road thus increasing driver fatigue and accidents. However, other groups such as the American Trucking Association (ATA) believe empowering drivers to have greater control over their on-duty/off-duty time will lead to increased meaningful rest periods. Groups aligned with the largest trucking companies are also proponents for the regulation changes.

Jim Mullen, current (Acting) Administrator of the FMSCA is a driving force behind these changes to the HOS regulations. According to official statements from the FMSCA, they believe the new regulations will improve safety on American roadways while strengthening the ailing trucking industry, and will save trucking companies nearly $275,000,000 over the next decade.

While many would think over a quarter of a billion in savings over the next 10 years would have a direct effect on pricing for shippers, it probably won’t. With rates already bottoming out from the economic fallout of COVID-19, there isn’t a lot of room for them to fall further. That being said, it may slow the rise of rates as the economy begins to rebound, by the time the new regulations take effect. The true benefit of these changes to shippers will manifest itself in pick-up availability, delivery possibilities, and transit times. Allowing drivers additional options in splitting their 10-hour off-duty status along with not counting it toward the 14-hour on-duty limit allows them more flexibility in meeting pick-up and delivery options. The changes to their 30-minute break rules, adverse conditions, and short-haul exemptions all add up to drivers having more flexibility in how they spend their on-duty and driving time. 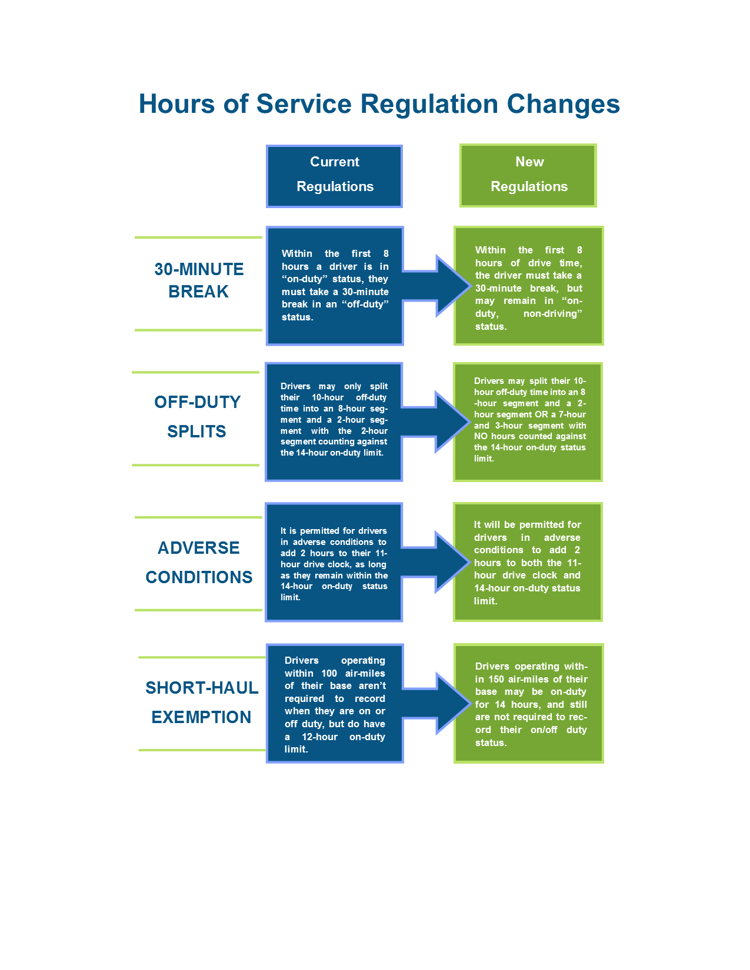